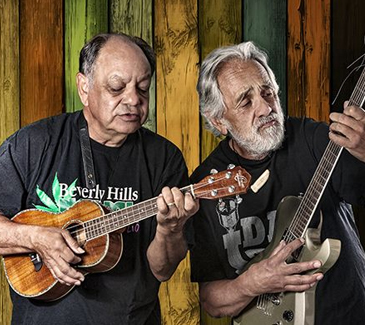 We regret to inform you that Cheech & Chong scheduled for Friday, July 30, 2021 at Golden Nugget Lake Charles Grand Event Center has been cancelled.

All tickets purchased via phone or online at AXS.com will be automatically refunded to each guest's credit card used for payment. For guests who purchased tickets at Golden Nugget Box Office, please click here to request a ticket refund.

On the short list of comedy’s all-time greatest duos, Cheech & Chong have been making people laugh until they cry (or puke) since breaking out in the seventies with immortal routines like “Basketball Jones” and “Dave’s Not Here.” Over thirty years later, and after releasing classic films like “Up in Smoke” and “Next Movie”, the legends are back on stage once again.

The duo’s current comedy tour is the follow-up to their hugely successful reunion tours which brought the performers together for the first time in over 25 years. Successful beyond their wildest dreams, Richard “Cheech” Marin and Tommy Chong defined an era with their hilariously irreverent, satirical, counter-culture, no-holds-barred comedy routines. Together they represent a lifestyle and are the originators of the “stoner film” as a genre.