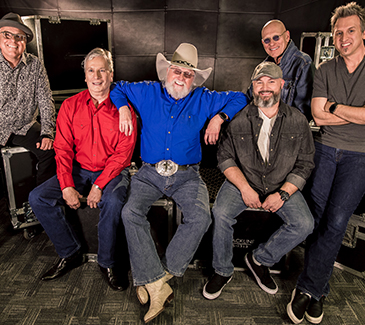 Due to the passing of country music legend Charlie Daniels, the performance at Golden Nugget Lake Charles on Friday, March 26, 2021 is cancelled.

All tickets purchased via phone or online at AXS.com     will be automatically refunded to each guest’s credit card used for payment. Ticketholders who purchased tickets onsite at the Golden Nugget Lake Charles Box Office, please visit Concert Refund     to request a ticket refund.

An outspoken patriot, beloved mentor to young artists and still a road warrior at age 81, Charlie has parlayed his passion for music into a multi-platinum career and a platform to support the military, underprivileged children and others in need.

His own unique voice as an artist emerged as Charlie recorded his self-titled solo album in 1970 for Capitol Records. Two years later he formed the Charlie Daniels Band and the group scored its first hit with the top ten “Uneasy Rider”.

Since then the CDB has populated radio with such memorable hits as “Long Haired Country Boy,” “The South’s Gonna Do It Again,” “In America,” “The Legend of Wooley Swamp” and of course, his signature song, “The Devil Went Down to Georgia,” which won a Grammy for Best Country Vocal Performance by a Duo or Group in 1979 as well as single of the year at the Country Music Association Awards.