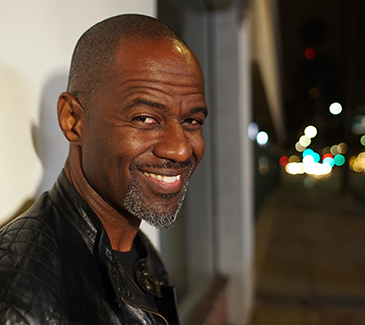 As an artist who needs no introduction, Brian McKnight has earned himself a spot in contemporary music history. He has released 15 albums to date, with several going 2 and 3x platinum, and he has sold over 25 million albums worldwide. In addition to being a singer, songwriter and producer, McKnight is also a multi-instrumentalist who plays nine instruments including piano, guitar, bass, drums, percussions, trombone, tuba, flugelhorn and trumpet.

In an industry known for a constantly revolving door of artists, McKnight has easily established himself with an enviable record of chart consistency, has toured successfully for over a decade, and has collaborated with performers across every genre including Quincy Jones, Justin Timberlake, Mariah Carey, Diddy, Christina Aguilera Rascal Flatts, Nelly, Vanessa Williams, Willie Nelson and Kenny G. McKnight's work has earned him 16 Grammy Awards. His most notable hits include “Back At One”, “Anytime”, and “I Belong to You”.