IN THE GOLDEN NUGGET 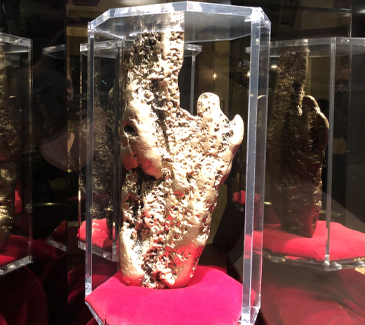 In the spring of 1980, Kevin Hillier took his new metal detector out for a spin in his tiny hometown of Wedderburn, Australia.  Instead of a bottle cap or paper clip, he found a 61-pound golden nugget barely a foot underground.  Today it makes its home in our lobby.